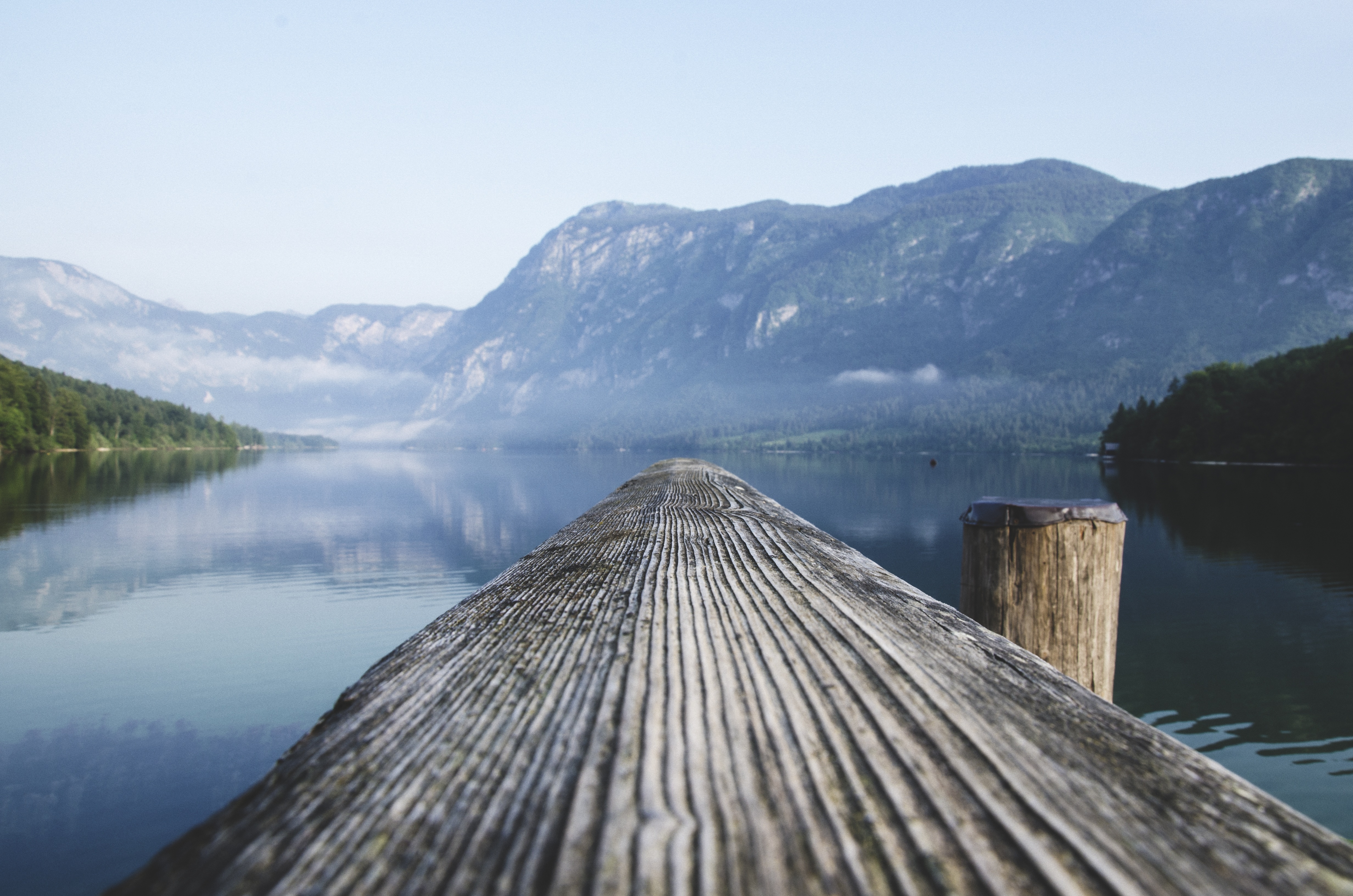 My first definition of health is somebody who is capable of realizing his or her un-avowed dreams.” ~Moshe Feldenkrais

In the process he spoke about self-fulfillment as being connected to limitations. That what makes a person feel self-fulfilled will have to do with being free of the limitations that would keep them from living their un-avowed dreams.

Feldenkrais goes on to say that there is not a healthy person who does not “…find the means within themselves in which they can learn to realize what their un-avowed dream is, actually delve into it and find that they achieve also the means in themselves to perform it, to realize it.” (Embodied Wisdom: The Collected Papers of Moshe Feldenkrais

Self-fulfillment is a personal matter and unique to each individual. What will create a sense of fulfillment for you isn’t going to be the same for me.

So Feldenkrais realized that it is only through limitations that he can understand, in a concrete way, what self-fulfillment is. He asks, “HOW are you limited? HOW do limitations come about?” Because in order to help someone become more self-fulfilled, the role he can play is in helping them overcome self-limiting habits while helping them learn how to learn better for themselves.

How to keep yourself from fulfilling your dreams…

Quite a few years ago, a fitness instructor referred a woman with chronic sciatica to me.

Rosa was in her late 50’s and told me about her low back issues and the right sided sciatica that was pretty much constant over the past several years. She was still active, attended fitness classes, walked and was active in the community. So although the pain was constant, it wasn’t debilitating. (Names and other details changed to protect her identity).

I watched Rosa walk and investigated other movements, learning exactly how she organized the shifting of her weight from one leg to the other, how she turned right and left, how she transmitted forces through her skeleton — typical FeldenkraisⓇ explorations.

It was clear that Rosa didn’t have much clarity of her right hip joint and that she wasn’t very stable in her pelvis. This wasn’t for lack of strength as she was diligent about her exercise programs…

It was in HOW she moved herself.

To make a long story short, after directing her attention to particular parts of herself so she could feel the subtle differences in her movements when comparing her left hip to her right, I asked her to lie on her back on the Feldenkrais table and we worked together for about an hour. In Feldenkrais language, I gave Rosa a Functional IntegrationⓇ lesson.

When Rosa stood at the end of the lesson, she was completely amazed (and I have to confess, so was I ;-), being relatively new to the work and all).

To help her understand what had changed, we explored the same movements we had done at the beginning of the lesson (shifting weight and so forth). She could feel that her movements were very different — freer, clearer and more stable, let alone more comfortable.

“What’s changed is how you organize yourself” I told her. “What’s changed is the way you’re co-ordinating your movements. That’s a change primarily in your brain. Making changes in your brain does not require a lot of force. It’s about learning. And learning requires a particular use of attention, a sensitivity to notice differences and awareness of what you’re actually doing, not just what you think you’re doing”.

Rosa asked, “What can I do to keep this?”

“Do you remember, about half way through the lesson, the difference you felt in the way your leg moved when I invited you to shift your attention from where you thought your hip joint was compared to when you moved your attention to your hip as being where it actually is?”, I asked her.

“Yes”, she said, “It was so much freer and lighter. It was such a shock that just moving my attention could make such a difference.”

“And remember how that little shift also changed the way a push through the sole of your foot felt?”

“Ya, that was amazing too. I felt stronger and I wasn’t scared of my back hurting when you pushed through my foot then.”

“Ok — so just stand again, and get really clear in your minds eye, and in your actual sensations about where your hip actually is.” After a few moments, I could see her re-organizing her self slightly. Then said, “Now walk again with this sensation — with a knowing and a feeling that your hip is deep to the centre of your groin, and that you can transmit load through your skeleton. How do you feel now?”

“Great! So that’s your homework. As many times as you need to, take the time drop into your sensations and re-define for yourself, in sensation, just where that hip joint is.”

And we ended the lesson on that note. She was pain-free and was able to reproduce the pain, and re-organize herself to be pain-free again on her own.

In my naivety I was thinking to myself,  “Awesome. I gave a really good lesson, and now a woman is on her way to being pain free.” And, “Wow. This work is so amazing. Feldenkrais really knew what he was talking about.”

Hmmph! True – the work is amazing. But boy did I have a lot to learn….

A few weeks later, I got some news that was rather shocking and was the source of some great learning for me.

And it’s the reason I’m sharing this story with you here.

Because the fitness instructor who’d referred Rosa told me about what’d happened after she left my studio….

Rosa had told her fitness instructor that when she went home, her husband asked her how her appointment with me went. She told him that her pain went away and that I’d given her this simple little thing of moving her attention a few inches in and down to where her hip joint actually was instead of where she’d thought it was so she could move better and without pain.

His reaction? Let’s just say —  its wasn’t exactly positive… Apparently, it went something like: “You paid money to have someone tell you to shift your attention a couple inches over? That’s it?!”

Rosa made the same comment to her fitness instructor the next time she saw her. She couldn’t believe she’d paid money to have someone (me) tell her simply to shift her attention over a couple inches.

Somehow, its seems the entire rest of the hour I’d spent with Rosa doing hands-on work, learning, exploring, discovering more options for movement, providing the means by which she could make finer distinctions about her self and guiding her in learning how and what to pay attention to were completely forgotten.

The fitness instructor told me Rosa’s pain was back, and things were back to how they’d always been.

Rosa never came back for another lesson, and according to her fitness instructor had stopped practicing the shift in attention and self-organization that had made such a remarkable difference for her.

There are so many lessons in this story, not the least of which was a lesson I’m still learning today: How to become such a good teacher that the student feels as though they come upon the solution to whatever issue they’re having themselves. That they become their own best teacher. It’s a work in progress….

But another great lesson, and the reason for sharing this particular story here is about the power of beliefs.

I could never say what Rosa and/or her husband’s beliefs were. But they might have been something like:

We all have limiting beliefs.

Limiting beliefs keep us from living our potential. And they can be very sneaky, lying so deep within us that we don’t even realize we have them.

Limiting beliefs can deaden curiosity. And when we no longer allow ourselves to live with curiosity, the zest for life wanes. We don’t engage in life with vitality and interest. Learning becomes a chore instead of a joy. We close ourselves off from creativity and the world of possibility.

I don’t know about you, but that sounds like a pretty unfulfilling way to go through life!

What if you discover something that doesn’t fit your current understanding of yourself, another or the world?  What might have to change? What if you fail?

But is protecting ourselves from facing these fears worth sacrificing living a deeply fulfilling life?

So my questions to you are these:

What dream(s) do you have for yourself, your life, that you’ve been afraid to admit, even to yourself?

What are you afraid of?

I invite you to “…delve into that…” as Feldenkrais says. If you journal, write it down. Or simply spend some quiet time for yourself this week contemplating these questions.

In the next post, I’ll give an example of how the Feldenkrais MethodⓇ can be used to help us with all this.

But first, to warm things up a bit, knowing how hard it can be to talk about our dreams and fears, I’ll start things off and share one of my dreams and what I’m afraid of in the first comment below.

Even if you’re not up to sharing your dreams or fears, you might still have a comment. I’d love to hear about your feelings, and thoughts on the subject.

For more tips and guidance, check out my Face Book profile.

If you like journaling, check out this article for another way to approach self-limiting beliefs:

Trapped by your Mind? Learn This Five Step Process for Releasing Limiting Beliefs