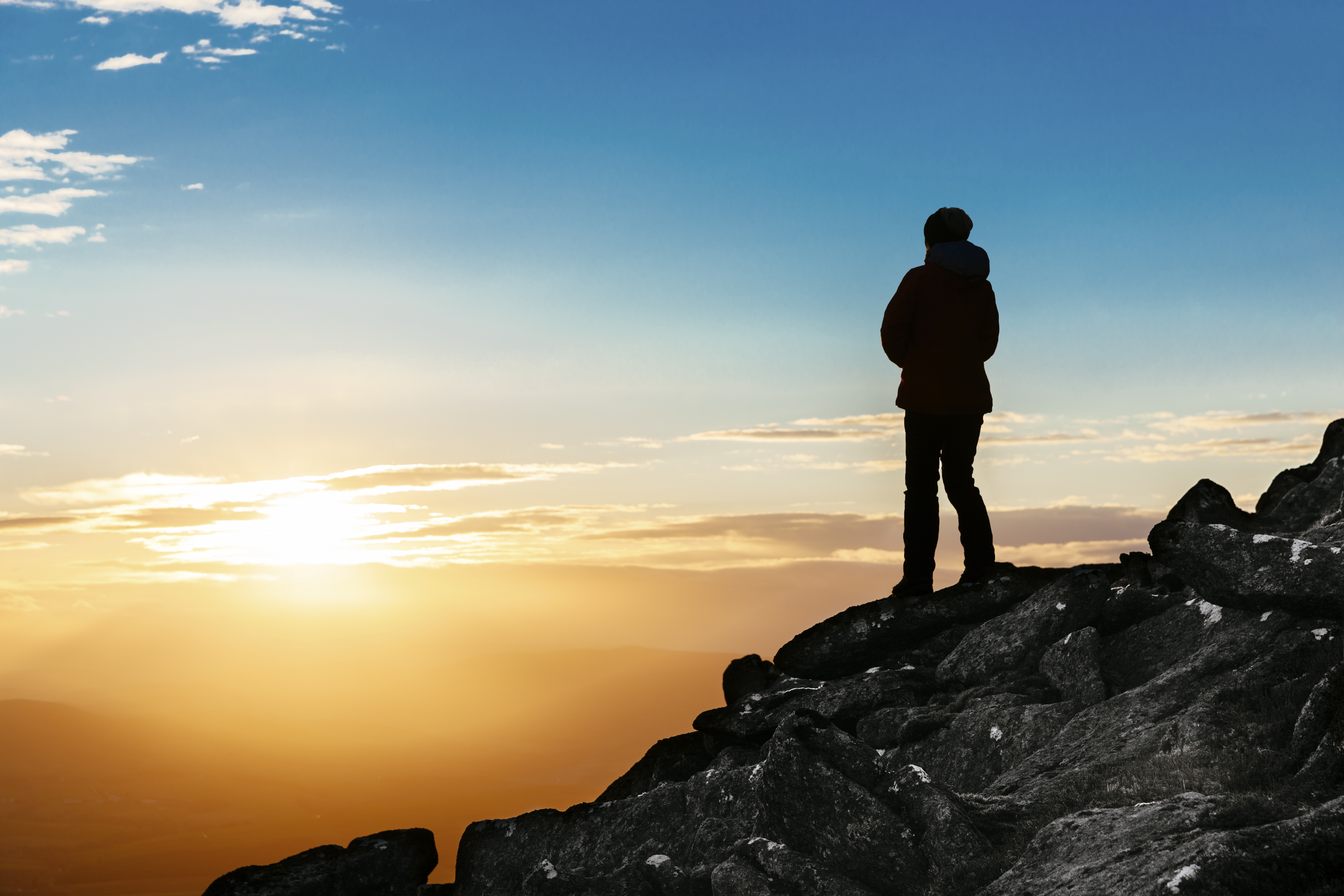 I’d like to tell you a story — a story of growth, struggle, discovery and a mind-blowing revelation …

Its about a girl born in the late 60’s to a loving family in a small lake town in cottage country.

Life was pretty wonderful…Heck she was growing up in one of the most beautiful places in the world.

She loved playing outside and got involved in all kinds of activities. She water-skied, wind surfed, kayaked, fished, played in the woods, in and on the lake all summer, every summer. In the winter she skied and built forts with her brothers and sister and just generally had a grand old time.

School wasn’t hard for her. She remembers telling her parents at some point that she figured school could be two months long and summer break could be 10 months long — and kids could still get the same amount of school work done. Yes, she had a smart-aleck streak!

When she was little, her parents had her in ballet classes. She hated ballet class, much to her parents disappointment. The teacher was always hollering and carried a big stick — seriously — a big stick that she’d pound into the ground along with the hollering to the beat of the music. It was stressful.  And not fun!

As the girl got a little older, she played a bit of piano and for awhile, had a great time playing the flute. And, she was on the junior-high basketball team…

But nothing fired a passion in her — not really.

Until one day in junior-high…

Just as she was going to her locker at the end of a school day, she surprised herself. She decided in a blink, to grab her running shoes and shorts and head to the gym.

The new phys-ed teacher had made an announcement about try-outs for a new track team.

For some strange, unknown reason, she decided to check it out.

The try-out was a cross country run of a couple kilometres through the woods behind the school. She had no idea what she was doing. She just ran…

Boy did she suffer…

She had no idea how to pace herself and being competitive as she was, she tried to keep up with the front runners. Talk about sucking wind!

The last 100 meters or so she could barely stay upright. This wasn’t due to shear oxygen deprivation (she couldn’t run fast enough to create that condition). It was because of a stitch in her side that was causing agonizing pain – she was practically doubled over those last metres of the race. Pretty pathetic looking really.

At the finish line,  the phys-ed teacher came over and  told her how to stretch out the stitch and asked her to join the team. She couldn’t believe it. She was dumb-struck. Why on earth did he want her on his team? She was slow, hurting, and a pretty lousy runner.

He replied with something that made a deep and lasting impression on her:

Oddly enough, running on that track team did light a fire of passion in her. She did work hard — very hard.

And she had success.

She won a lot of races and was in the top few in her region many years running.

She kept at this passion all through high-school and university. She even managed to get a degree in physiotherapy while running on the university track team.

But there was trouble brewing…

All Kinds of Trouble

It started when she was stricken with the dreaded, kissing disease.

Mononucleosis knocked her on her ass.

Total, utter and absolute fatigue brought her to a complete standstill.

This was tough on her on so many levels.

To have been training so hard, to see such awesome potential, and to have that snatched away by a tiny, merciless little virus…

And… redeeming the small but meaningful scholarship for physio school she’d won depended on her being accepted into the physio program after that first year of university.

It was hard enough training while shooting for straight A’s in order to be accepted into the physio program when she was healthy. Now — now she was in survival mode. She was exhausted, could barely think straight, and couldn’t sleep. It was the weirdest thing to have mono and not be able to sleep properly.

The disappointment and stress were monumental. She really piled it on herself…

With some struggle, her parents were able to lend her money to help pay her tuition.  The thought of messing up on that scholarship and having to take an extra year of school was devastating. She cringed at the thought of burdening her parents any more than she already was.

But there was nothing for it. What could she could do but persevere?

By some magic, in the end, she was accepted into physio school, and claimed that little scholarship.

Once she started training again, she did everything she could to get back to a competitive level. But it was nothing but struggle.  Working hard during work outs seemed so much more difficult. Recovering from workouts was harder, and to her dismay, actually felt damn near impossible.

And then there were the injuries.

There was nothing completely debilitating at that point, but there was almost always something.

Eventually, within the next couple of years, she was plagued by pain darn near all the time whether she was training or not. Most of it was in her low back and left hip area.

It didn’t matter what she’d learned in physio school.

It didn’t matter what exercises she did, or that she was strong and lean (six pack abs and all).

It didn’t matter that she had access to the best physio’s and athletic therapists in the city.

It never really got better.

She tried all sorts of things besides physiotherapy:

All to no avail.

Nothing made a real and lasting difference.

And she had other ordeals…

There was a weird period of about six months when doctors couldn’t decide if the massive lymph nodes that’d come up were some kind of lymphoma or something more benign. They kept playing the “let’s just watch this for awhile” game.

This really messed with her mind. How could they be so blase?! This was her life they were talking about!

Eventually, after many appointments with specialists, they were able to determine it wasn’t cancer.

It seemed it was just her immune system going haywire – most likely due to the mononucleosis she’d had a couple years earlier.

Life goes on — and she got on with hers.

She retired from running track as she just couldn’t train at the level necessary to be competitive.

This was a difficult transition. It shocked her to be experiencing something akin to grief by leaving that life behind for good. So much of her self-image was wrapped up in being a competitive athlete. So was most of her social life.

On the flip side, she now had time to get involved in other things she’d alway wanted to do, like wilderness canoe tripping and rock climbing.

But there was always that insidious, nagging pain – her unbidden yet constant companion that dogged her relentlessly.

It puzzled her that the more active she got, the worse the pain got.

Hiking, canoeing and just generally having a great time in the outdoors — all made that damn nagging pain worse.

She continued to stretch, do exercises for it and see colleagues and other professionals. She would get temporary relief. But – fundamentally – nothing changed .

She was only in her mid 20’s and here she was plagued by chronic pain.

The worse part was that she was more than willing to do what-ever was necessary to work it out, to solve the problem for good. But the exercises prescribed and the methods she tried not only didn’t really help, they actually often made things worse.

Several years later, by some wondrous twist of fate, she came across the Feldenkrais MethodⓇ.

She had just started working at a new clinic where a colleague introduced her to this amazing method.

After just one lesson she was taken — hook, line and sinker!

Whether or not her chronic pain stayed away was besides the point. It had to do with how startlingly different she felt.

It felt like she was in a whole new body!

This was the coolest, deepest, most directly impactful work she’d ever experienced!

She started figuring out how the heck she could manage to take a training program to become a certified Feldenkrais practitioner.

Paying tuition with the Canadian dollar at $0.65 US…

Only just recovering from university debt…

This wasn’t going to be easy.

But she couldn’t help it. She was compelled. This work made so much sense to her. She just had to study it.

It was a crazy four years. Travelling back and forth. No vacation time. Parking her car. Selling her little house.  Almost having to quit the training two years in because of the finances…

But it was worth it.

This was probably the second best decision she’s ever made in her life.

Its been almost 20 years since she started that training program.  She occasionally has something like that old nagging pain come back, but it never lasts. She knows what do to for herself to relieve that pain…

And…her work is so much more rewarding.

She knows that the Feldenkrais Method isn’t the end all and be all of all things. It is one of many method’s that focuses on embodied learning; on accessing the incredible potential of the human brain to learn and grow and become better at whatever it is a person wants to do better.

Yes, its an awesome method. And — she would never say that Dr. Moshe Feldenkrais, the founder of the method, had a monopoly on good ideas…

But there is no doubt that his ideas, the lessons and the method he’s created are genius.

If you’ve only been skimming or have come to this blog post without reading anything else on this site, then maybe I need to let you know that this is a true storey about me. The little lake town in cottage country? Kenora, Ontario, Canada.

And its true. Its not just my pain that is better from engaging deeply with the  Feldenkrais Method…

My life is better.

Oh ya — and if you’re wondering what the best decision I ever made was — it was marrying my husband, Sean.

If you’d like to experience some of the beautiful effects of doing Feldenkrais lessons, join my Free Members Library. In it you’ll find lessons and more. The library will constantly be growing over time. And its totally free.

Sign Me Up! I want to experience grace and ease!